The Above Sample Is All Put Together Except Monotone

Dynocation Human Speech
Dynocation have a bit of an accent when it comes
to speaking to humans or with human language,
due to their usual language being very staticky and robotic.

Note! Not All These Appear!
Some dynocation only have one or two of the traits below.
A dyno could even possibly have all traits.

Cutifying Spoken Words
Dynocation will make their words sound cuter or softer
breaking the usual way of speaking.
Kind of like how a human talks to a dog.

For example: "I wan apbles. I need them for my foods."

Dynocation are predators and view humans as prey.
Thus speaking softly and gently in a coaxing manner
might draw prey(humans) nearer.

Static
Dynocation can sometimes create a loud static noise
when they first start talking. This is due to
electric energy building up as they prepare to create
soundwaves.This will usually frighten a human upon
hearing.

Reversal
Dynocation at the end of a spoken setence will then
speak the start of the whole setence in reverse.
This is due to how their "brains"(nucleus) work.
They can only formulate a thought in one
direction, and when cycling back to form another thought
they may "speak" in reverse. Humans will sometimes mistake
this as ritualistic chanting, but it's not. More akin
to a hiccup than anything. 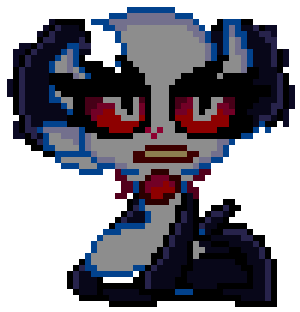 Monotone
Found almost exclusively in dynocation with ice genes.
This is due to lacking the genetics for emotion,
thus they do not comprehend human emotion.
Ow the edge...

Pitch Shifting
Dynocation will sometimes pitch shift their human
voices. This is due to not yet getting the wave
frequencies right. From male to female voice
throughout a spoken paragraph is a common occurance
for dynocation who do not practice or just don't
care how human they sound. Dead give away for a
dyno speaking.

Echotion Usage
The words of gods- or is it just angry amoeba?

Dynocation use this as their common speaking language
amongst their own kind. While a human could, in theory,
speak this language, it's nearly impossible due to the
sounds required to be made.

Echotion when spoken travels a large distance
This is due to it's origins THE OCEAN.
Because of this a dynocation's voice will travel
several miles sometimes when at top volume.

Some dynocation do not even speak this language.
Many young dynocation may prefer speaking like
a human over the language of their ancestors.

Echotion Humming
Dynocation can "hum" or sing a lil tune
while they work in their colony.

Radio Communication
Those gradient colors and round boxs aren't
just for show! Dynocation can speak over radio
broadcasting. This is done by forming the waves
they produce into the symbolic shapes. This will
often come out as tv or radio static to humans,
but to dynocation it's a conversation or statement
being put out.

Humans Accidentally Picking Up Dyno Signals
Here have a listen below!